Twitter is a popular social media platform for quickly reaching a broad audience. However, several high profile users have fallen victim to Twitter hacks such as Kanye West, Elon Musk, and Joe Biden. According to de Volkskrant, Donald Trump is the latest celebrity/politician to have his Twitter hacked. If it can happen to them, it could probably happen to you. Spy-Fy has tips for keeping your Twitter account safe and secure. 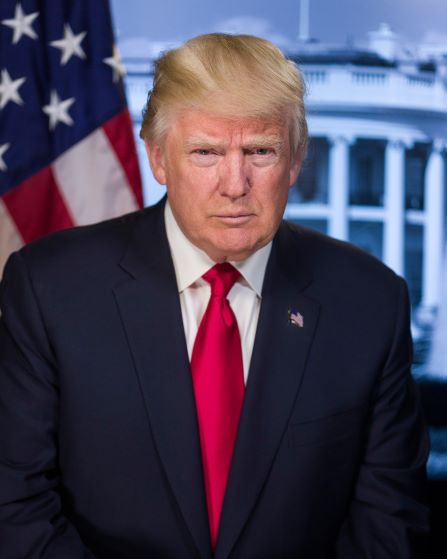 In the case of Donald Trump, a Dutch ethical hacker named Victor Gevers, was responsible for the Twitter hack. De Volkskrant reports that screenshots were shared with them as evidence of the alleged hack. These screenshots showed that Gevers could have posted Tweets, accessed direct messages, and edited profile information on Trump’s Twitter account.

What was Trump’s password? Gevers claims that Trump used “maga2020!”. For those unfamiliar with the acronym, “maga” refers to “Make America Great Again,” the Trump campaign slogan. Upon successfully hacking into Trump’s Twitter, Gevers said he attempted to contact Trump, Twitter, Trump’s campaign, Trump’s family, the CIA, the White House, and the FBI to warn them about the security flaw.

On the other hand, Twitter denies that Trump’s account was hacked, according to the Guardian. A Twitter spokesperson quoted in the Guardian said, “We’ve seen no evidence to corroborate this claim, including from the article published in the Netherlands today. We proactively implemented account security measures for a designated group of high-profile, election-related Twitter accounts in the United States, including federal branches of government”.

Therefore, it seems that there are two sides to this story, and it is unclear whether there was indeed a Trump Twitter hack. Regardless, there are several privacy and security lessons you can learn from this news story.

If the hack claim is true, then Trump’s password does not follow these recommendations. First, it was only 9 characters in length. Secondly, it did not use a variation of uppercase and lowercase letters. Third, it contains personal info/common words. Make America Great Again is a well-known phrase associated with the Trump campaign. Using the year of the next presidential election is also common knowledge. All of these factors make “maga2020!” a weak password. Furthermore, there was no two-factor authentication in use. The account would have been harder to hack with two-factor authentication in place, even if the password was guessed.

What should you do if your Twitter is hacked or compromised?

In the event of a Twitter hack, don’t panic. First, how can you tell if your account has been compromised? According to Twitter’s guide, look for:

Although these signs might sound obvious, they are important clues. If you suspect your account is compromised, take action. Attempt to change the password before your account is out of your control. Next, make sure that you have logged out of the Twitter app as well. Then, check to see if there are any suspicious third-party applications that have been connected to your Twitter account. Be sure to update your password for third-party apps that are connected to your Twitter. Lastly, remove any hacker activity (Tweets, direct messages, etc).

Although it isn’t clear if Trump’s Twitter was hacked, by increasing your account security, you can help keep your account from being compromised. In conclusion, why not learn from the mistakes presented in this example? Create a strong password and set up two-factor authentication.